The launch of the Four Dreams Contest (article from Jesuits.global)

This year marks an important Ignatian Anniversary. It is 500 years since Ignatius of Loyola began his journey of discovery, seeking to find the best way to use his skills and talents in order to make an impact in the world. For Ignatius of Loyola, it was all about serving God and his fellow human beings, whatever their circumstance and wherever they are found.

The Society of Jesus has for the past five centuries attempted to walk in the footsteps of this great pilgrim and servant of others. Students of higher education institutions throughout the world are invited to do the same. They are called to become men and women with and for others.

Students in Jesuit universities and university colleges are encouraged to join the Jesuits as they seek to promote four themes. We call these four themes “Universal Apostolic Preferences” (UAPs) because they include our whole world (universal) and call us to live our lives in constructive and outward looking ways (apostolic). They were chosen because of their critical importance for building a more just and peaceful world. 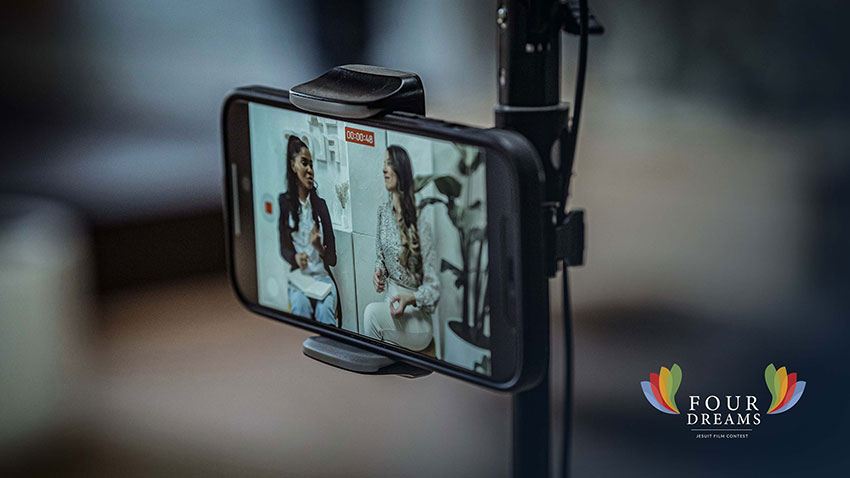 Today, the International Association of Jesuit Universities (IAJU), in collaboration with the General Curia in Rome, launches the “Four Dreams Jesuit Film Contest” an opportunity for students at Jesuit universities or university colleges globally to enlighten the world with their creativity, skills and production talents
We would like to know who, in the eyes of our students, is already making a difference in the world and the lives of others. That is, who is already a hero, making an impact in one of these four preferential fields. The challenge is for students to present one person or a group of persons and the contributions that they are making to improve our lives on this planet in a SHORT FILM.

Registration for students will open on Wednesday 3 November and all films must be submitted by 1 May 2022. Students can participate individually or in groups.

There will be one winner from each Universal Apostolic Preference and one overall contest winner, five winners in all. Winners will receive a monetary award – described in the contest rules – and their institution will receive a set of communications tools for their film and communications program. Winning films will be presented to Father General Arturo Sosa and the leaders of Jesuit universities on 3 August 2022 at the IAJU General Assembly that will take place at Boston College.

If, as a member of the educational team in a Jesuit institution, you are interested in learning more about this opportunity for your students, visit the contest website where you can find detailed information and rules. Contact person: Theresa Messmer (beca.tmessmer@uloyola.es).

On the evening of 4 August 2022, the winning films of the Four Dreams Jesuit Film Contest were presented at the General Assembly of the International Association of Jesuit Universities in Boston College. The films were received with great enthusiasm and their...

END_OF_DOCUMENT_TOKEN_TO_BE_REPLACED

We’re announcing the results of the Four Dreams Film Contest

We are delighted to announce the results of the Jesuit film contest 'Four Dreams'. 23 jury members from all continents, of different ages and genders, professional filmmakers and activists, lay people and religious people, selected 5 extraordinary films:...

END_OF_DOCUMENT_TOKEN_TO_BE_REPLACED

Watch the winning films and a special selection!

We're excited to invite you to the streaming section of our website, in which you will find all the winning films of the Four Dreams Film contest, as well as a "special selection" of the most interesting films, which didn't make it to the finals but are very worth...

END_OF_DOCUMENT_TOKEN_TO_BE_REPLACED

We’re announcing the results of the Four Dreams Film Contest

END_OF_DOCUMENT_TOKEN_TO_BE_REPLACED

Watch the winning films and a special selection!

END_OF_DOCUMENT_TOKEN_TO_BE_REPLACED

Stay tuned, the results to be announced today!